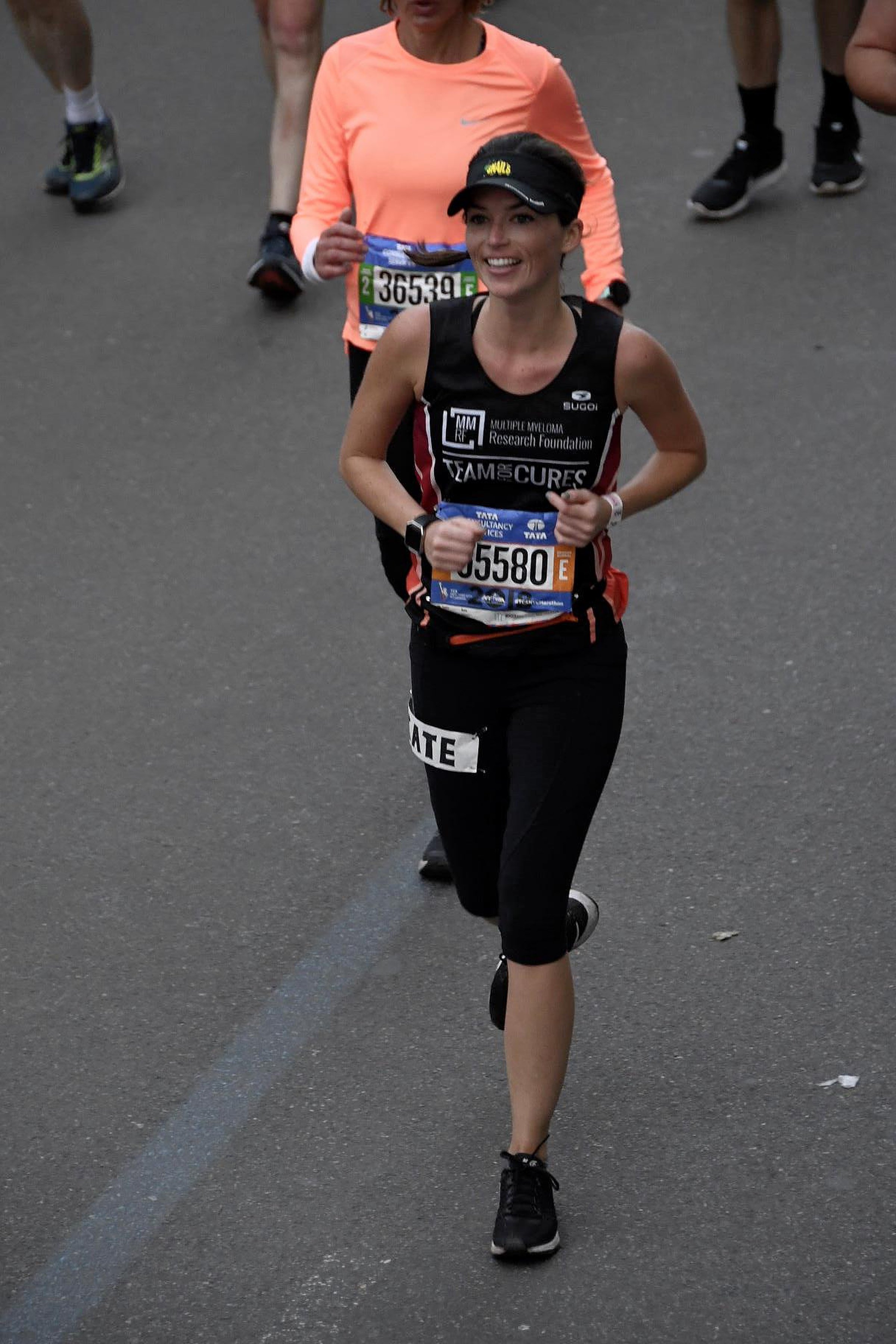 “I now have so much more confidence in what my body can do and am looking forward to setting more goals for myself and achieving them without any problems.”
– Kate Hammond

I am a hockey player and suffered a rib injury while playing a game about a year ago. Two months later I found out I had bruised my liver and started going to Coury and Buehler Physical Therapy not too much longer after that. I immediately started training for my very first marathon, while my injury wasn’t completely healed, so there became complications with other parts of my body due to the stress I began putting on it during my runs. My rib injury led to tight hip flexors which led to a quad injury, which put a lot more stress on my knees, feet, etc. My rib area was healing and I was making progress, but still had more work to do since I couldn’t put my training on hold.

My primary care physician referred me to Coury and Buehler. I’ve heard of them before, but really had no idea that I would feel so cared for by all the staff.  Honestly, it was about 3 months after my injury and it still wasn’t healed. I was desperate to feel pain-free and since nothing else was working, I knew physical therapy wouldn’t hurt to try. I am SO GLAD I made that decision to go to physical therapy. I saw and felt my body healing at the same time and even though some progress was slower than others, I saw the results improving right in front of me.

David Ha, PT, DPT has been amazing since day 1. He listened, asked questions, and genuinely cared to get me healthy. He had the confidence in me that I didn’t have sometimes and I knew he wanted the best for me, even if that meant doing a tough exercise to make me stronger. Sometimes I felt like I was a basket case for pointing out another area of my body that was hurting, but he listened and knew EXACTLY what I should do to make it better, such as stretching a certain way before or after my long runs, doing specific exercises, asking if I wanted to come in an additional day, etc. Because he and others at CBPT believed in me, I believed in myself and was just as willing to put in the work.

I can happily state that I finished my first marathon at about the goal time I had set for myself. I strained my soleus during a half marathon 3 weeks before my race and David came to the rescue and gave his expert advice, while also attending to my other injuries that were almost healed. I 100% mean that I could not have crossed that finish line with the smile and emotion I had without the help from David and CBPT.

I learned a lot about my body and how to stay healthy while remaining physically active. I am a VERY active girl and love to play all sports. Running was definitely a mental challenge, but also a physical challenge for me due to beginning training before my injury was fully healed. I now have so much more confidence in what my body can do and am looking forward to setting more goals for myself and achieving them without any problems.