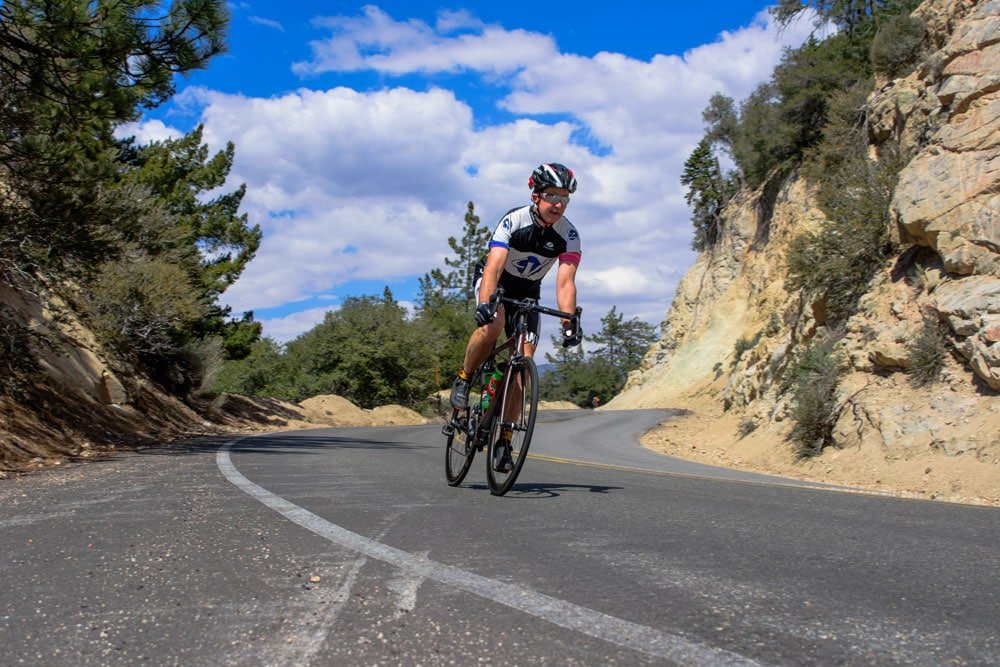 “I love cycling and being active. The recovery was supposed to be 6-9 months. To be back in saddle in just a couple of months and being able to resume pretty much everything I was doing before is just amazing.”
– Chris Morris

Chris began his story with a volleyball game: “I was attending a series of meeting in the Cayman Islands.  On the last day of the meeting, we decided to get some fresh air and play a little volleyball on the beach despite the fact that it was raining.  About an hour into the play, I served, took two steps forward, and then went to cut left to play the return, when I collapsed to the sand.  I initially thought that someone had thrown something that hit me in my knee.  Within a few minutes a doctor that was playing with us assessed it and let me know it was likely a patellar tendon rupture.  That was confirmed at the hospital in Cayman where they immobilized my leg for the flight home (that was fun) and surgery the following week.  My orthopedic surgeon recommended C&B as he has found that his patients universally seem to have better results when working with C&B.”

When Chris first started physical therapy at CBPT, he said, “I was skeptical.  I had destroyed my AC joint a few years earlier (a riding accident) and the physical therapy for that was not as successful.  It just seemed like I was going through some pre-programmed approach with no personalization.”  But, upon working with Camille Sepina, PT, DPT, he says, “Wow.  She was great.  She took the time to explain what and why, was willing to adjust based upon my feedback which she actively sought, and knew when it was time to push a little harder.  She had a great bedside manner – professional but very friendly – that made it as pleasurable an experience as it could be.”

Now Chris is back to all that he loves.  He says, “I have full range of motion and can do almost everything I could do before.  At this point I just have to work on regaining the muscle that atrophied when my leg was immobilized and I was regaining motion, but I see daily improvement.  I have been on my road bike for four weeks now and have increased my mileage each week.  This was after a few weeks of a working through a spinning bike to regain basic movement and strength.  There is really not much pain – it’s just weakness at this point and that just keeps improving.  I love cycling and being active.  The recovery was supposed to be 6-9 months.  To be back in saddle in just a couple of months and being able to resume pretty much everything I was doing before is just amazing.  I give a lot of credit to the team at C&B that helped me work through the frustrations and get to this point.”